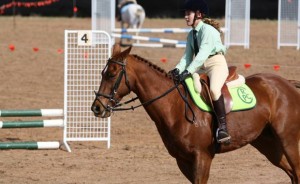 Do you wonder why the up and coming Generation Y seem to be a higher quality of competitive equestrian riders than previous generations? What have they got that older competitors didn’t have when they were the same age?

(Depending on who claims the research, Gen Y – also called Millennials – could have been born anywhere between 1980 and 2004.)

It is common knowledge that Generation Y are the most educated, entertained and materially endowed generation in history, but what makes them better competitive equestrian riders?

Compared to previous generations who have a higher reason for engaging in sport because they want to keep fit and healthy, Gen Y’s look for a sport to engage in because they enjoy it. This generation has a higher participation rate in sport than previous generations. Let’s face it . . . why would you compete in equestrian sports if you didn’t enjoy it? According to research, Gen Ys enjoy their sport more than older competitors.

With the invention of motor vehicles, there was concern that horses would no longer be required and would decline in population. While there may have been an initial decline in population (and still is where cars are replacing horses), eventually horses are used for sport and recreation and they are bred for that specific purpose.
The increasing population of good quality competitive horses in first world countries creates more opportunities for younger generations.

3. More upbeat about the future

Everyone has had a competition where the results do not reflect the training. It could be that they did not ride as well as they could, their horse was not performing up to scratch or the judges did not seem to appreciate the combination.

Gen Ys are upbeat about the future and will pick themselves up and return to training and preparation for their next competition sooner.  Then they will more optimistically look towards future potential results.

4. They are more optimistic engaged and team players

Think about it . . . even if you are competing as a single competitor, riding is a team sport. The team of the horse and rider also needs a support team and Gen Ys are team players who will support and encourage those who are on their team.

Gen Ys have computers in their homes, smart phones and access to social media. They use these tools to increase their knowledge about horses, training, competition rules and can use them to enhance training.

From downloading apps with satellite technology to show them where a competition venue is and then using the same technology to guide them around a cross-country course, technology has become a way of life which can be used positively for equestrian competitions

6. Switch jobs frequently with less loyalty to their employer.

Older generations wanted a secure job for life and if their employer wouldn’t allow them time off for a competition they simply didn’t go.

Gen Ys have great expectations of what should happen in the work place and are looking for an innovative work environment. If the conditions of the job don’t align with theirequestrian competitive career, or allow time to ride and train their horses then Gen Ys will leave and find another more flexible job that does align.

7. Living with parents for longer periods of time

Now Gen Ys are taking longer to reach adulthood and not rushing into marriage and careers. They are still looking for the same things as their parents – career, financial independence, life partner and children but are happy to take much longer to achieve this.

They live at home for a longer period of time, and keep all the resources required for a competitive career. This often includes parental support and access to their finances.

Some lucky Gen Ys have parents feeding and taking care of horses as well as supporting them at competitions when they are well into their twenties.

While Gen Ys are happier to take a longer time to achieve a career, financial independence, a life partner and children they also want to fit in much more. They don’t choose horses over an alternative career. Many choose both.

Gen Ysmultitask to combine study as well as an equestrian competitive career as well as anything else they want to do. They are able to work their daily schedule to combine riding, study, work and social activities and often combine two or three of these at the same time.

They want to travel more so are prepared to travel further distances to competitions and other horse related activities to combine travel goals and horse related goals together.

Gen Ys are more educated about controversial topics with horses. They research, experiment and don’t just train under one equestrian coach for their whole career.

They understand that some techniques may work with individual horses but will still research and train with other equestrian coaches to find out more training techniques to work with a broader range of horses.

While Gen Ys are distinctly different, they have increasingly liberal attitudes with regard to social and cultural issues. They are more likely to support same sex marriage & legalization of marijuana and are open minded about equality within equestrian sports.

Gen Ys have strong views on work/ life balance. Although they have been shaped by the technology revolution, they are looking for connection in both other humans and also animals. This generation appreciates the connection they have with their horse.

* These results are based on research into Gen Y as a collective group and will not reflect every Gen Y individual. It is possible that you may know a Gen Y/ Millennial who does not fit into all of any of these characteristics.